Nick was sitting at the monthly partners’ meeting, waiting for his turn to speak. Most of the time, these meetings were uneventful; things had been running smoothly for him for a long time. But today he had an issue. His practice was thriving and his consulting teams were producing outstanding results for his clients.   Nick had been particularly impressed by the work of a new associate named Sam. While Nick hadn’t talked to Sam much, it was evident that his dedication and work ethic had pushed his team to new levels of performance. For this, Nick wanted to reward him – but the day before he was planning to promote him to consultant, Sam left the company.

Nick brought his issue up with the other partners. “I don’t get it.  I was about to give this guy a raise and put him on the fast track to partnership and he leaves.  What happened???  Why did we lose this young superstar?”

He was surprised to learn that he was not alone in this regard.  In fact, he found that many other partners were experiencing the same challenge. In essence, the company was attracting the best and brightest young talent, but they were doing a poor job retaining these promising stars. What could leadership do to fix this?

Nick and his partners discussed the problem, and decided that it boiled down to a simple matter of communication. Beyond assigning work, the partners recognized that they rarely communicated with or mentored their young associates. They acknowledged that this wasn’t for lack of desire to develop the next generation, but more a result of heavy case loads which left these partners little time to do anything other than dash from one client meeting to the next.  Having diagnosed the problem, they brainstormed ways of how to increase communication, but found that any new plan always conflicted with their already jam-packed schedule. They were lost for ideas, until one of the junior partners spoke up. 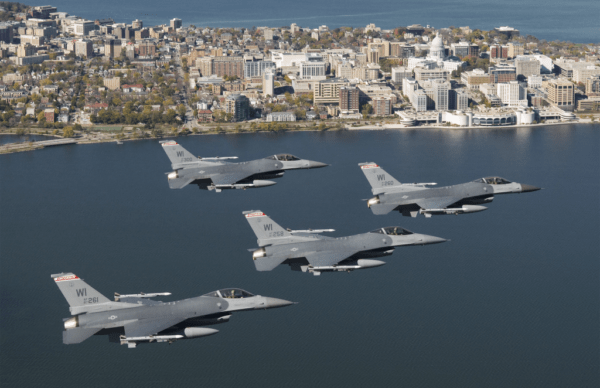 “Guys, we obviously can’t take on fewer clients, and we’re not going to become less busy. I was on a tour of a US Air Force fighter jet squadron last week, and thought some of their ideas could apply perfectly to our business.”   He went on to explain that even though fighter squadrons today operate at an incredibly high tempo, their leadership still uses a regular feedback loop to develop the next generation of leaders. In their quest for executional excellence, fighter pilots hold briefings just before and debriefings immediately after every mission. This system allows mission leaders to clearly communicate their plans to their team, which drives alignment and improves execution. By debriefing immediately after their missions, they also create an opportunity for feedback, which accelerates the experience of their people and keeps them flying in formation. “Our missions are meetings and projects, and we could use these same concepts to help make our team feel more connected to our cases, our clients and most importantly to us as partners.”

Nick loved this new idea, and in fact began implementing it. He felt that he had discovered an on-the-job training technique that would immediately accelerate the experience of his team and drive better results for his clients.  He found that he was now actively engaged with his team, and he noticed that he had become much more connected to his people.  Best of all, this new approach had an immediate impact on their attitudes and commitment. Per Nick’s partner’s recommendation, he built the feedback loop into his schedule. He developed a team standard that mandated a 15-minute briefing 30 minutes before every key client meeting. Either he or his case team manager would lead these briefings.  They would quickly cover the scenario and their objectives for the meeting. They would then review logistics including who would attend, where to sit, A/V considerations and room setup.  This flowed into roles and responsibilities, where the meeting lead would paint a picture of what a perfect meeting would look like for his team. Finally, they discussed contingencies, so they had a plan if the meeting started late or the decision maker failed to show up.

After the meeting, it was standard for his team to conduct a 15-minute debrief.  This normally happened in a conference room next door or down the street at a Starbucks. Here Nick would debrief face to face with his manager and the other partner who attended to cover meeting specifics that occurred in the room.  They would then pick up the phone and quickly call the consultants and associates back in the home office, who had worked so hard preparing for them.  This “team debrief” allowed them to summarize the meeting results, provide feedback from the clients, and confirm next steps. Nick and his team ultimately came to see the brief and debrief as parts of the meeting itself. He reminded his assistant to build these critical sessions into his calendar before and after his client meetings, and mandated that she not allow him to get on a call, leave the office, or jump on an airplane before debriefing each client meeting.

At first, Nick found it hard to fit the 30 minutes into his schedule. But he had emphasized developing standardized briefing and debriefing guides which ensured consistency and efficiency. He also noticed that now when he walked into a key client meeting, he and his team felt much better prepared and aligned.  The results were immediate and were reflected in increased business with his clients due to better performance by his teams.  What initially felt like a commitment of additional time soon paid for itself in terms of time saved by a team who was now consistently flying in formation, working towards the same goals and communicating at a vastly improved level. In fact, the feedback loop motivated his team to work harder and smarter, and seemed to inspire an esprit de corps that he had not seen in them before.

By instituting the feedback loop, Nick reached a quality and smoothness of performance he hadn’t thought possible. Not only did his team feel more connected to his clients and his case, he felt more connected as well. He became much better at leading his team, and through debrief he found a way to generate real-time, effective feedback. Nick mandated that debriefs were a “safe zone”, which necessitated honest feedback without fear of reputational risk. Because his debriefs were safe, he found that his team was more open, more coachable, and more dedicated to the company.  Best of all, as the leader he received the information he needed to make the right decisions for his clients, which led to better results and a thriving practice.

Nick loved his new ability to communicate, connect with, and motivate his young talent using the feedback loop. The results were clear and he shared his success with his other partners and encouraged them to use similar techniques with their own teams.  The full effect of the feedback system still took him by surprise, however. Whereas before he knew little about the young, bright associates in his firm, he now found that he was regularly approached by these rising stars with the following question: “Excuse me, Nick, do you think we could have coffee sometime in the next month?  I’d really like to talk to you about how you made partner.”  Of course this was the best question he could imagine, and it always made him smile.