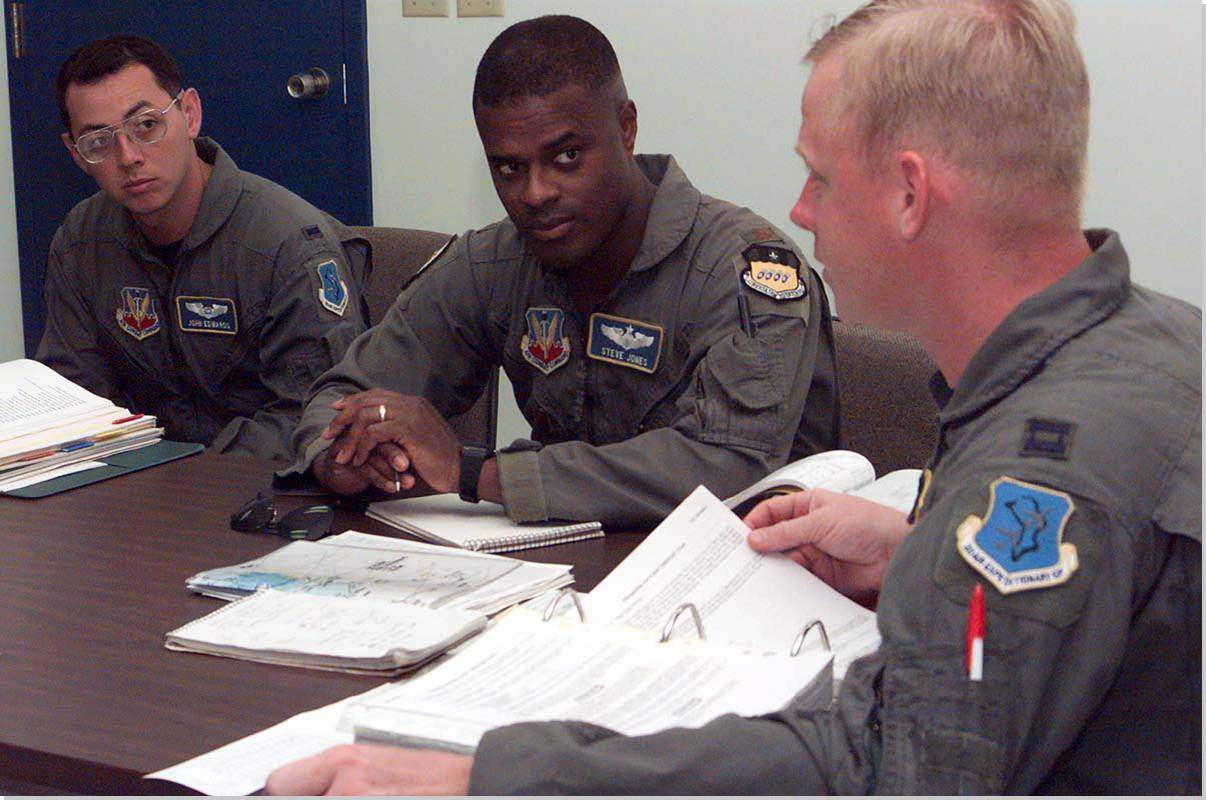 Fighter pilots have been trained to execute very challenging missions in demanding environments. Complex missions are flown over unfamiliar territory and sometimes against adversaries that a pilot may never have imagined engaging with, back when he or she was motivated to sign up as a recruit.

The air force, navy, and marines screen fighter pilots for physical, mental, and psychological attributes that identify them as likely candidates for executing effectively and consistently in a high pressure environment. That said, ultimately the reason that fighter pilots execute at such a high level is due to two things: their extensive training, and the “checklist” approach.

Training in all of the services takes a building block approach, starting with teaching candidates the simplest situations they will encounter, moving to more complex ones, and ultimately enabling execution in the most demanding scenarios of multi-dimensional aerial combat. Fighter Pilots also constantly train and prepare for worst case scenarios like emergencies, so when things go wrong they are prepared and can react effectively and continue to execute their mission.

Besides training, one element required for effective execution is common to all pilots – fighter pilots, bomber pilots – even commercial airline pilots: the checklist. Early on in the development of the airplane, checklists were developed as an innovative approach for managing the complexities involved in planning and executing a flight. The time-honored tradition of walking around your airplane and visually inspecting the outside of it personally stems from a checklist mode of thinking – there are many steps involved in preparing for a flight, and to ensure a successful one, all steps should be followed. It almost goes without saying that pilots are highly motivated to be successful – but they must be trained to follow their checklists religiously.

Good business organizations, such as sales teams, can use a similar combination of training and checklists to ensure execution happens consistently and effectively. Checklists will vary from organization to organization, but some checklist items from the perspective of a sales executive going into an important sales meeting might include:

Motivational speaking on execution to a wide variety of corporations from different industries has given our founder, Anthony ‘AB’ Bourke the opportunity to observe and learn from, many differing leadership styles. Regardless of differences however, top performing organizations consistently pay careful attention to the training of their people – and to the act of institutionalizing learning in the form of documentation, such as checklists and the like.

Book a Keynote on “Execution” Now