Digital Transformation as a Meeting Topic 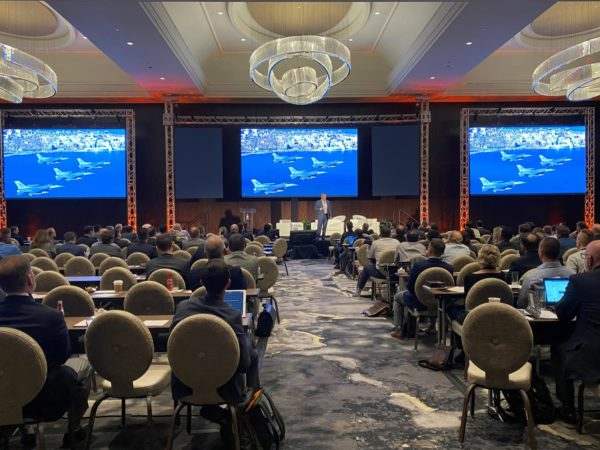 “Digital Transformation” refers to the fundamental restructuring, repurposing, and refocusing required to compete in an era where efficiency of moving electrons around is overwhelming business models of companies.  As a fighter pilot and entrepreneur, I am in a unique position to make some observations on digital transformation – and I’m finding it’s an increasingly popular topic with my meeting & conference clients.

Most businesses today are going through the throes of digital transformation.  It has been said that Amazon is “a death star moving within firing range of every business on the planet”.  An apt analogy!

In recent years, the military has been undergoing a very analogous transformation due to a no less disturbing and radical outside stimulus.  I’m not talking about “hybrid wars” or “near peer” threats, but rather “asymmetric” warfare.

This type of warfare really began for the United States in the Vietnam war – farmers with rifles and extensive networks of underground tunnels gave a superpower with all the advantages of a modern military a run for its money.

In the 1970’s we saw terrorism by small groups – planning hijackings and so forth – have major political implications.  But it was the Soviet Afghan war in the late 80’s/early 90’s that made the emerging trend towards inexpensive, small scale war making a very clear one.  The United States provided the Afghans with shoulder fired anti aircraft missiles, which is credited with eventually causing the defeat and subsequent retreat of Soviet troops from Afghanistan.

When a device costing $10,000 can take out a $10,000,000 airplane…those sorts of costs either can’t be sustained, or the side with the planes has to innovate to address the threat – cost effectively.

This type threat is referred to as “asymmetric” warfare, and our military has been transforming itself to better fight against these types of weapons since 9/11…which was perhaps the penultimate example of asymmetric warfare, with airplanes being turned into cruise missiles through the use of box cutters.

How our military has responded

Our military’s traditional focus on fighting a modern war against the eastern bloc often focused on “big iron” – tanks and overwhelming air power, followed by infantry.  Often now, rather than “big iron”, the burden falls on small self-sufficient special forces teams, and C3i – Command – control – communications, and intelligence – both for connecting the dots, and connecting disparate teams, such as an individual observer on the ground with a B-52 in the air capable of putting precision-guided munitions right on top of a target.

Post-Vietnam, the United States military developed one major advantage in this transformation – a *very* strong tradition that decision-making is pushed all the way down to the front line, to the squad or sortie level.  This has served us well in enabling agile teams to pursue asymmetric threats.

How digital threats to traditional business models are like asymmetric warfare

Just as small teams of terrorists forego expensive logistics and infrastructure that “big iron” entails, many nimble entrepreneurial companies have been disrupting traditional business models, by foregoing the difficult work and focusing only on what’s easy – moving electrons around, and capturing value in just a few areas of the value chain.  Just like fabless semiconductor companies focused on marketing and engineering (much more lucrative than making chips) while leaving the (less profitable) manufacturing to others, digital-driven business models focus on areas of the value chain that are the most amenable to moving electrons around – e-commerce,  eliminating the middleman, creating marketplaces that are efficient through the use of auctions, and so forth.  A (now aging but still very apt) example is Dell Computer – which focused 100% on the problem of marketing and selling direct – and which only owns its product for about 30 minutes, the time it takes for suppliers parts to come into the factory, be finally assembled, and shipped.  It’s “earns times turns” model allowed them to turn over the cash investment in inventory far quicker than competitors; and it was all enabled by selling over the internet via e-commerce.  Similar examples abound.

When these startups emerge, businesses are often just like the military – sitting there with massive capabilities and assets…which turn into a liability as the nimble competitor starts eating their lunch. 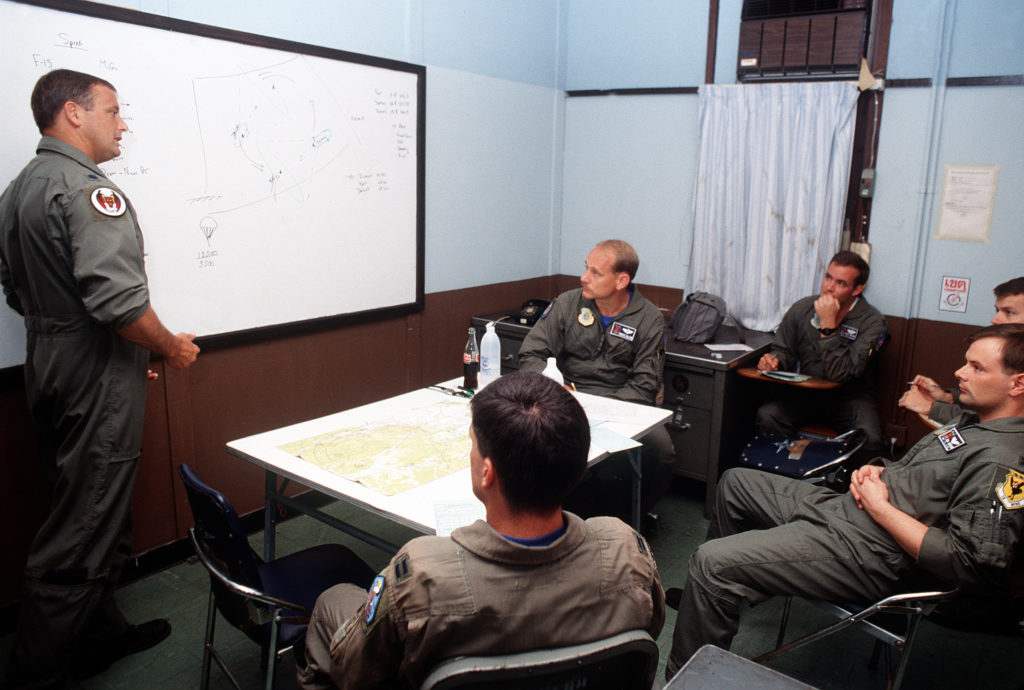 Businesses have a number of things they can do that are right in line with how the military handles its own threats:

1.) Fight fire with fire – adopt the business model of the attacker.
2.) Organize into smaller, more nimble units and push decision making down to them.
3.) Put command, control, communications, and intelligence in place – particularly customer intelligence.  Silo’d executives back at corporate can often be far out of touch with customer needs – there is no substitute for physically visiting real customers and observing them in their native habitat!  Once a quarter at least is a cadence I often see with companies who mandate customer visits for execs.
4.) Experiment with numerous approaches – let a thousand flowers bloom – then reinforce success and abandon failure.

Digital Transformation as a Meeting Topic

I’m seeing a very wide variety of speakers at conferences covering this area, either from the IT angle or the business side of things, on topics ranging from “big data” to “robotics” (not the robotics you’re probably thinking of, but rather the replacement of white-collar workers by computer programs).  There is a real hunger for thought leadership by business leaders in this area and meeting planners should consider spicing up their meetings up with these types of talks, as opposed to the traditional “teamwork” and “customer service” type keynotes, which sometimes can feel a little stale!